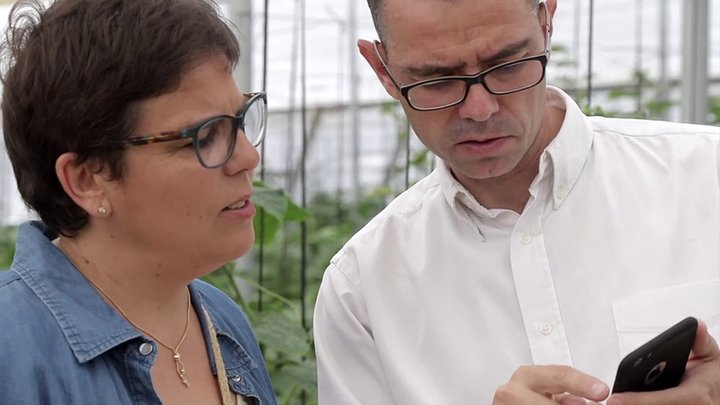 Almería SmartAgriHub (ASAH) is focused specifically on the agricultural sector of greenhouse cultivation in Almeria, Spain. Its mission is to provide farmers with the means to coordinate and control their own digital future, and enjoy the benefits of increased sustainability within their own territory. It is a DIH created “by farmers, for farmers” which intends to serve its 13,500 farmers and their almost 90 cooperatives and companies. The three core members of ASAH are COEXPHAL the association of F&V producer organisations, Cajamar Cooperative Bank, and the University of Almería. Its ecosystem is supported by tech providers such as Hispatec, public and private I+D entities, a wide range of SMEs, and local, national and international companies comprising a vibrant auxiliary sector.

Almería SmartAgriHub is faithful to the cooperative history of greenhouse agriculture in Almeria. Its founding as a formal DIH, based on decades of de facto collaboration within a successful cluster or agricultural district, is a strategic decision and a natural progression. Its cooperative and associative institutions allowed farmers to access credit and markets, as well as to exchange knowledge and innovation, supported by numerous research bodies. It has survived until now within a very demanding and increasingly global environment, largely due to its capacity to cooperate and innovate. ASAH is the next step in its digital transformation, accompanied by SmartAgriHubs, for a competitive future.

Are you sure you want to vote for DIH Almeria as your favourite video?

Are you sure you want to vote for DIH Almeria as the most original video?

Thanks for your vote!